I think that we all are, as kids, very curious about the world. The challenging part is trying to retain that curiosity as you grow up, to feel like it is possible to discover and contribute something. As a student, I liked to go after things that I didn't understand, mind blowing phenomena that were bigger than me, that were different to what I was used to. I liked quantum mechanics because it fit this challenge. My father was a Professor in Biology and did research in immunology. Although it was a different field, he embodied to me what it was like to be a scientist. Watching his passion and observing that science was something you could do as a job was exciting. Both my father and my PhD supervisor were great mentors. Without even using words they made me feel that I was capable.

When I first started out as a student, I was also very involved in art and music. I seriously contemplated being a musician at some point! As I got further and further into my career, it became harder to keep it up at a high level. Both music and science, in some sense, require similar personality traits. Both can be extremely frustrating at times; you need a certain level of dedication and stubbornness. But on the other hand, the two seem to do different things to my brain. I felt that playing music improved my ability to speak, I would become more articulate and extraverted. A lot of mathematics on the other hand, tended to do the opposite!

I'm currently a Professor of Physics at Monash University. My area of expertise is in quantum physics. I look at the very small scale, at the levels of atoms (or even smaller). Here, things start to behave very strangely. If we look at the atom for example, it's kind of like the Cheshire cat from Alice in Wonderland. It has multiple faces: sometimes atoms behave like a particle, sometimes they behave like waves. The simple rules that work for everyday life physics just don't work here. Within quantum, my research is focused on condensed matter physics. Basically, this means looking at how a collection of quantum particles (like atoms or electrons) behave together (in a gas or solid) rather than looking at a single particle.

A new area that I'm working on is light-matter systems. We're particularly interested in polaritons, these are objects that are half-light and half-matter. You can generate them by putting a thin layer of material between two mirrors and bouncing light back and forth between these mirrors. The idea is that this material repeatedly absorbs and emits the light multiple times. At the end, you have a system of hybrid particles that you can't tell whether they are light or part of the material!

The main goal for my research career has been to tackle the many-body problem. I want to come up with new ways to describe how many quantum particles collectively behave. I think that's really needed because there are a whole lot of problems we still don't understand. For example, understanding different materials like superconductors and why they have these special properties, why they behave in certain ways. Outside of research, a part of my job that I love is that I get to travel a lot for work. I try to make the most of these trips by going hiking and getting to know the area. I'm also a bit obsessed with food, getting to know the local cuisine is a great way to travel.

From atoms to black holes

Using physics to describe both particles smaller than atoms, to phenomena as large as black holes.

There are three main building blocks of physics. Those are, classical mechanics, quantum mechanics and general relativity. Classical mechanics is where it all started in some sense. We can use it to explain and understand a lot of everyday activities. For example, when you ride a bike-why is it that you can stay balanced? Why don't you fall over? Or thinking about the forces involved when you're in a car and you quickly turn a corner. We use classical mechanics to understand the things we encounter in everyday life. But there are limitations of these classical rules-in fact they break down at both really small and really large scales.

Once you start going down to the levels of atoms (or even smaller) you need to start thinking about physics in terms of quantum mechanics. It's here that things start to behave very strangely…different to how we usually perceive it. For instance, it's very difficult for us to visualize an atom. It's kind of like the Cheshire cat from Alice in Wonderland, in the sense that it has multiple faces. Sometimes atoms behave like a particle, sometimes they behave like waves. The simple rules that work for everyday life physics don't work here.

On the other side, classical mechanics is also limited at really large scales. Think of the interaction of galaxies like the Milky Way and black holes etc. Once again, we need to revise our rules of the picture. The nature of gravity itself is a force that we expect on Earth that keeps us from floating off into space. Here, we can describe a very simple picture with classical mechanics. But once you go to very large scales, we have to revisit what gravity actually means and develop a whole new theory of how gravity works. An example of this is Einstein's theory of General Relativity.

My expertise is in quantum mechanics, so I am looking at physics at the smallest scale. This is when we start to see some weird things that are not observed at the macro level. As an example, there's a famous thought experiment: Imagine a small particle comes along and it can choose to pass through two different slits. It passes through one and hits the wall on the other side. Classically, you wouldn't be able to tell which slit it passed through. Quantum mechanically, what's strange is that our knowledge of which slit it passes through actually changes its behaviour on the other side. If we don't know anything about it, crazy as it sounds, it can effectively go through both of these slits at the same time. But once I know which slit it goes through, the behaviour on the other side of the slit changes. Thus, in the quantum realm, the information we know about a system can affect how it behaves.

Within quantum, my research is focused on condensed matter physics. Basically, this means looking at how a collection of quantum particles (like atoms or electrons) behave together (in a gas or solid) rather than looking at a single particle. Quantum particles collectively can produce some really strange phases of matter, like a Bose-Einstein condensate or a superfluid. A superfluid, for example, is like a liquid-but one that can flow very easily. If you imagine stirring a bucket of water for one minute and then stopping, the water will eventually stop rotating. In a superfluid, in principle, once you stir it up it will never lose its flow. It will keep rotating forever. Why does the superfluid do this? Most of the time when you have a liquid or a gas, all the atoms are doing their own thing. They're only loosely aware of each other. In a superfluid, they're all doing the same thing (quantum coherence). It's like comparing two crowds of people: one walking in all different directions, and another that is a very organized group of people walking in one direction. It is much harder to change the direction of the organized group.

In my research, I look at interactions of particles in different types of materials. What's nice is that a lot of the same ideas can be applied to different types of systems (materials). I want to understand how simpler systems work (e.g. ultracold atomic gases). I can develop and test my theories on these systems and then apply the same principles to more complicated systems (e.g., how electrons behave in a solid). A new area that I'm working on is light-matter coupling. We're particularly interested in polaritons, these are objects that are half-light and half-matter. You can generate them by putting a thin layer of material between two mirrors and bouncing light back and forth between these mirrors. The idea is that this material repeatedly absorbs and emits the light multiple times. By doing that, you've ended up with some system of hybrid particles that you can't tell whether they are light or part of the material!

We have found some weird and interesting qualities of this hybrid material. Two electrons interact by electrostatic forces, they both have a negative charge so they repel each other like two north poles of a magnet. Light doesn't interact in this way because it doesn't have a charge. So, if I couple an object that is part electron / part light, you would think that the charges are diluted and that it would interact in a weaker way. We found that in certain circumstances, these materials can interact even stronger than just the electronic parts themselves!

Interaction between theoretical and experimental physicists

Typically, with your theory team (both researchers and students) you work on a problem trying to understand why something happens or compose a method of how to measure something. Once you've worked on this, you can approach an experimentalist with your theory, that you think explains their experimental observations, and maybe suggest a possible experiment to test that the theory is correct. It's an interesting process. In some field topics, such as ultracold atomic gases, I'm more well-known (because of the amount of time I worked in it) and I have developed more of a relationship with experimentalists in that area. So, they tend to believe me early on when I present a theory. It takes time to develop rapport and credibility in the community as a scientist!

Working with the broader scientific community

I'm also a Chief Investigator for an ARC Centre of Excellence. This is an initiative funded by the Australian Research Council (ARC) that focuses on a relevant topic. All the scientists that work in that area can take part to work on a particular problem together. The program I'm involved with is the ARC Centre of Excellence in Future Low-Energy Electronics Technologies (FLEET). Ultimately what they want to do is come up with a new type of transistor, which is the building block of all electronics and computers. The goal is to minimise the heat generated by electronics so that they are more efficient. Currently, approximately 8% of the energy budget is due to computing. It's a significant majority of the budget and grows every time we use computers for more and more things.

We can think about this even at the level of your smartphone. Entering a route on google maps doesn't look like it's generating any heat. But, there is a calculation going on in the cloud and this generates heat. As a result, we're often trying to find very cold places for servers (e.g. Norway, Sweden). One way of making this process more efficient is to couple material to light. Light can change the properties of material and make it more efficient.  Cold atoms also feature in this program, as we use these gases in a way to test new theories or ideas that can then be used to generate efficient electronics.

My role in all of this is to lead a theory group that works on light-matter technology. More generally as a theorist, we are trying to connect the theories that span a range of systems, so that we can learn something from one area and apply it to another. 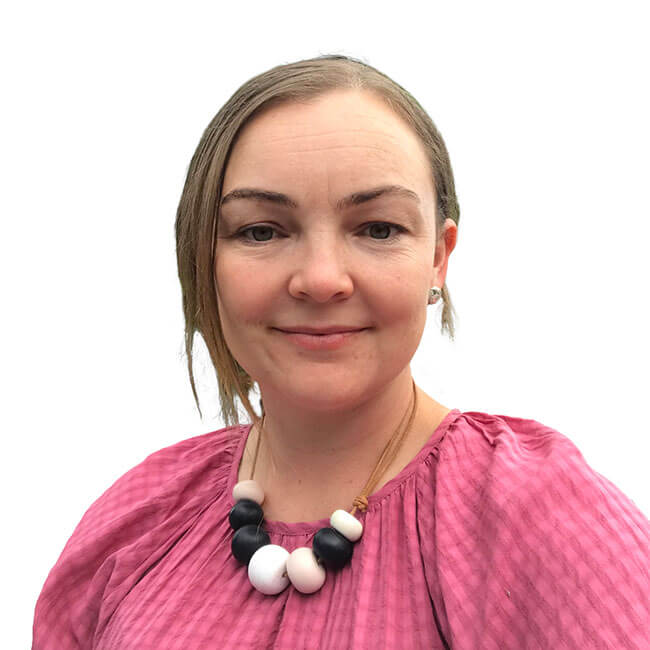 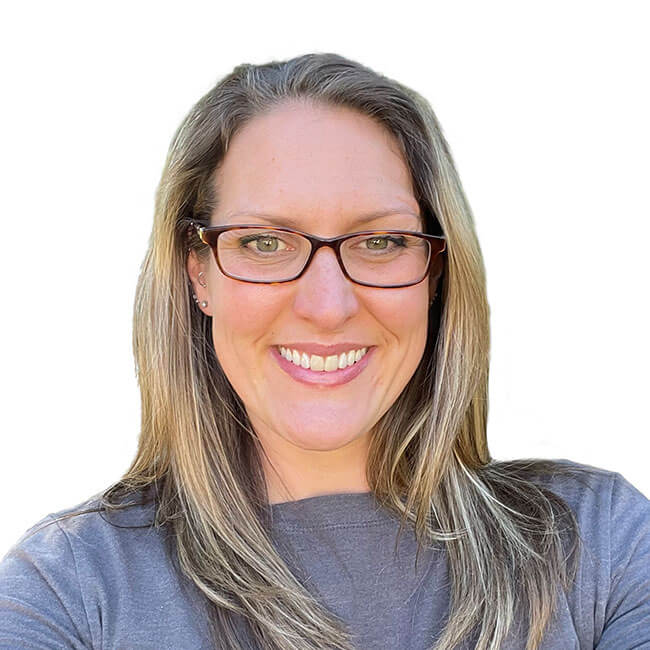