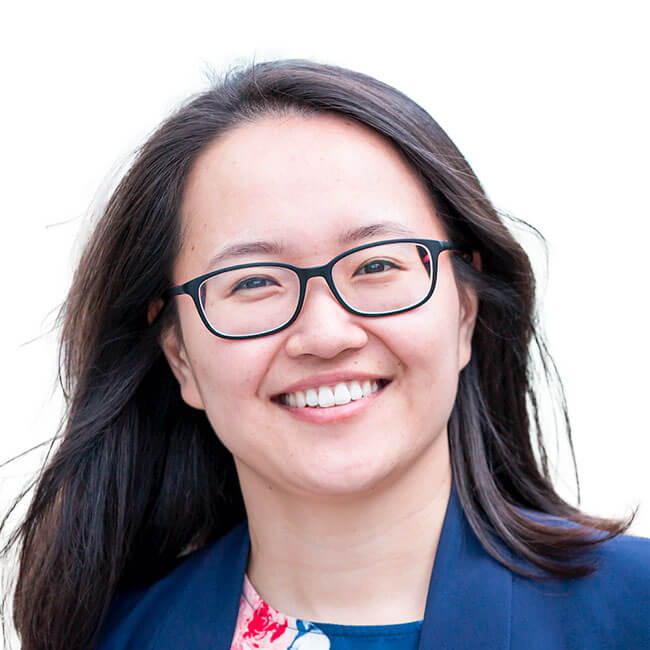 I think my love for science started when I was quite young, it was never astronomy or anything, it was just science in general. I remember testing growing things in the garden. And there was this one time when I was about seven years old, one of my friends told me that if I ate seven ants every day, it would mean I can live to a hundred. Because that's what his friend's grandma did.. He was like, you have to pick the ants on the tree because they're cleaner.

So I did this for like a month and it didn't change anything, but my tongue had all these bumps on it because of the ants biting me, so then I stopped. I liked lots of funny experimental things like that.

I enjoyed science at school, but then in year 10 I realized that all my favorite bits of science were actually one thing called physics. And so then that's when I decided I want to be a physicist.

At the end of undergrad, I had to decide what area I wanted to do research in. And I picked astronomy because it was like all the physics, but also the whole Universe from the biggest to the smallest stuff. That led me to my PhD which was very fun. During my PhD, where I studied galaxies, the first detection of gravitational waves was made in 2016. Gravitational waves was something I'd read about as a high school student. I'd always associated the pursuit of science with gravitational waves because thousands of scientists and engineers around the world had already tried for 40 years to detect it to no avail when I was in high school. In 2016, they detected it for the first time, it's real! When it came to choosing what to do after my PhD, I decided to get into gravitational wave astronomy and the study of things that go bang in the sky. Things that go bang in the sky includes supernovae, black hole burps and even black hole collisions!

My transition into things that go bang in the sky (also known as transient astronomy) took a slight detour to medical imaging.

In 2016 I started planning my transition and reading about what skills are needed for transient astronomy. Machine learning was a key skill. I thought: how can I get some machine learning experience in. It turns out that all my skills from my PhD with image analysis are very useful in medical imaging as well.

And so I went to this lab that does medical imaging, and did a machine learning project there for a year. The work I did was to do with fetal brains, about how a baby's brain develops while still in their mother during the nine months of pregnancy

But it turns out before about 20-21 weeks there is little imaging of the fetal brain, because while you can technically get an MRI image, you don't usually get these early in the pregnancy unless there is a problem, so there's not a lot of it. You can get, and do get, ultrasound imaging, which includes imaging of the e brain, but they're very fuzzy and nobody knows how to deal with them. So nobody's studied it.

The work I was doing in the medical imaging lab was from very early in gestation for about 14 weeks all the way until the end of ultrasound images and to try and make what medical people call an Atlas of the brain at different times. An Atlas is just like a representative image of it. So there was a lot of image analysis stuff, and I learned a bunch of new machine learning techniques about how to do that. I didn't make the whole Atlas at every stage during gestation, or pregnancy. But I made it for one week and it looked good. And in the process I made a pipeline that hopefully the future people in that lab will use to make the other weeks.

I made the Atlas for week 21 for babies that are born too small. It's really cool. With ultrasound normally, it's super fuzzy. If you've ever seen an ultrasound image, you know you don't know what you're looking at. And by combining about 30 different ultrasound images, and these are in 3d, it becomes very clear. You can see all the features and there's even some features that you can't see in MRI, just because the different machines image in slightly different ways. That's pretty cool. Once the whole Atlas through time is developed, it can be used to scientifically map out fetal brain development in time.

Secondly, it can be used in diagnosis, does it look different to what is normal? And currently it's really, really hard to do that. With ultrasound, sonographers are trained for many, many years, and it's still very hard to know what's going on. And in many parts of the world, there's not even a trained sonographer. So if you have this Atlas and then you can have further machine learning tools, then you can compare a new scan with the Atlas and you can diagnose a problem. If it looks like there's anything of concern, you can go find your stenographer and doctors, et cetera. For example, places that are rural or country where the nearest sonographers is far away and hard to reach  can really benefit from this.

So I think when I pick what to do, I never try to pick the most efficient path. I try to pick the path that gives me the most experiences. For example, if I could do the same thing, but in a new country, I'd pick that.

For example, during my undergrad I did a year exchange in the UK. It was a change of environment, and since I'm there, I might as well learn about Europe. So I did, I took history and I learned a little bit about Russian and I spent most of my time traveling around Europe because it was so cheap. I failed a subject because of that. I couldn't go to any of the classes or tutorials, and then I was stuck in Iceland with a volcanic eruption right before the exam. I hadn't sleep for 30 something hours before the exam and took caffeine pills and was shaking during the whole exam. I  failed that subject and it may have stopped me from getting into certain things, but in the end there were other opportunities I could take on.

The same thing for PhD. I could have gone to a place like Europe or Australia, where I've been before, where the PhD is three years. But I hadn't been to North America yet,  I'd never been to Canada. I thought, why not do that? You only live once. So what if it takes two more years? There's no rush. What would I be rushing for? Just enjoy it.

Ask questions all the time!

I was the type of student that sat at the front of the class and asked a lot of questions. I learn very well in an interactive way, whereas a lot of people go home and learn, I really need the classroom interactive environment. I also would say that I have to work hard for everything. Nothing just comes to me easily. So I also worked very hard.

I took a lot of notes and I have to think things through very carefully. I study very hard and have to be organized in order to study that hard. But I know that a lot of my friends didn't have to do that. They've spent way less time than me and still got the same outcomes.

What helped me was I would read my notes and then remake notes into a summarised different form and add diagrams to try to put all the things together. And then maybe if I study before an exam, I would redo all my notes again. That process of redoing, rethinking through every understanding, of summarizing again and again in different ways, is what helps me really understand it. Also teaching it to other people is very good. ssws

In grad school, during my PhD, we had coursework as well and I was known as the person that asked so many questions. I even got into the program's end of year newsletter. Someone wrote a comic with me asking all these questions in class, and the professor saying something similar to 'I haven't answered your last one yet. Just wait'.

My advice to you

I think it's good to evaluate what kinds of things you enjoy. Do you enjoy asking questions and sorting through information to come up with answers? Do you enjoy thinking deeply and for a long time about a problem that interests you and how to solve it?. If that's something you enjoy, then you should think about a STEM career. Research can require a lot of time if your brain doesn't enjoy considering questions for a long time, you may not  enjoy doing research. It is difficult to force yourself to do something AND enjoy it at the same time. It may not be straightforward to figure out if you enjoy something, so I encourage you to try out different career paths through work experience, or doing a project or internship.

My second piece of advice is about money. Did you know that you don't have to wait till you start "work" to start getting paid in some way?. Look up every opportunity where you can get paid along the way. There could be university scholarships, and also other opportunities. Ask around, look on websites. Don't just assume that they'll come and find you. There are many opportunities that you may not come across unless you look for it. Make sure you seek out every chance where you can get paid. 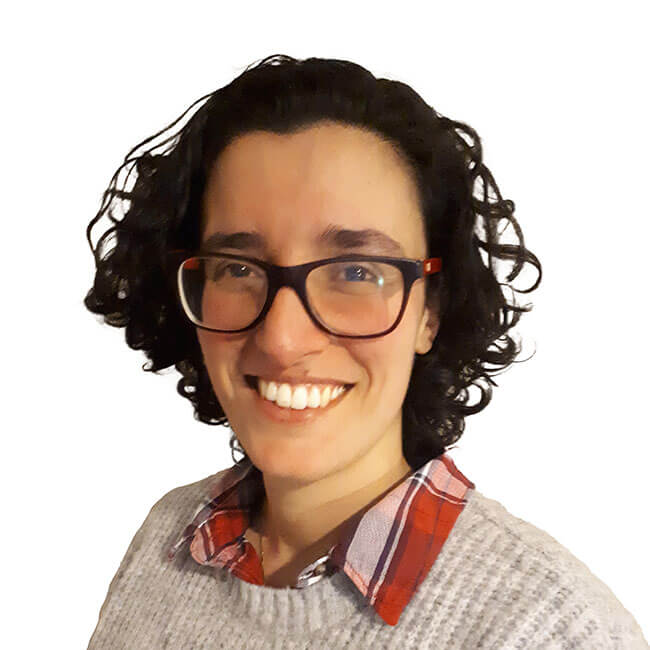 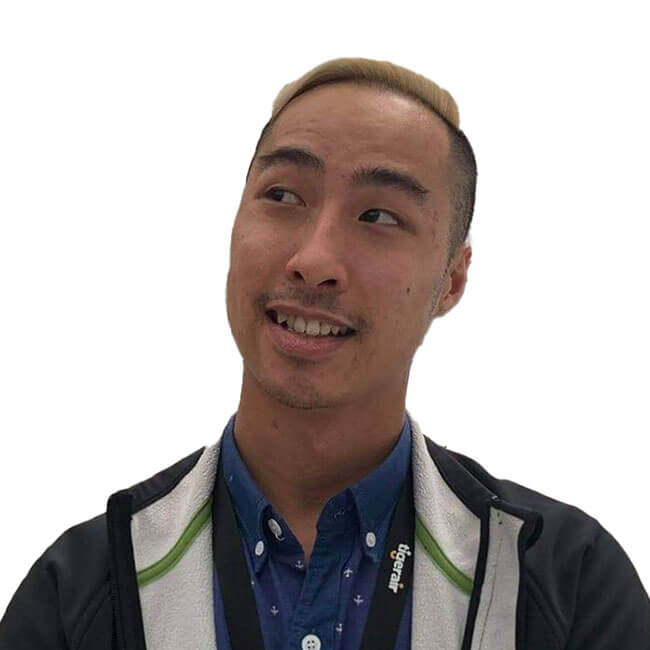